Yes, you read that correctly, no carb pizza crust. Are you annoyed with having to use almond or coconut flour to make your pizza crust? Or maybe you just want a lower carb crust itself. I have made fat head pizza crust before and I do love it.

In fact, I created a fat head dough recipe but I made it with fewer carbs. This recipe is called Fat Head Pizza Crust, Lower Carbs. Original right? haha You get the point though. 🙂 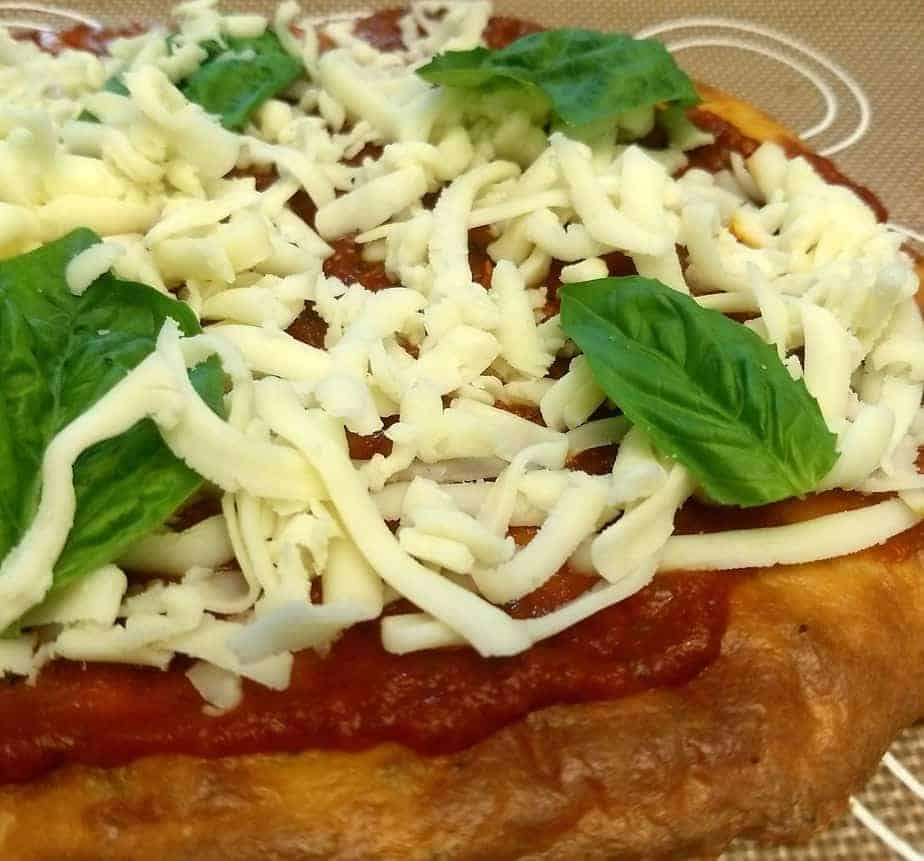 This zero carb pizza crust really only needs two types of ingredients: cheese and chicken! That’s it. I use two types of harder cheese and then ground up chicken. I used whole chicken breasts and ground it up with my food processor after I cut up the chicken a little.

Or you could even buy ground turkey and make this crust with turkey instead of chicken. As I type this post, I just thought of that. I wish I had this idea before. HAHA. Or another idea for this crust is to use already cooked chicken like Keto Connect did for their crust. 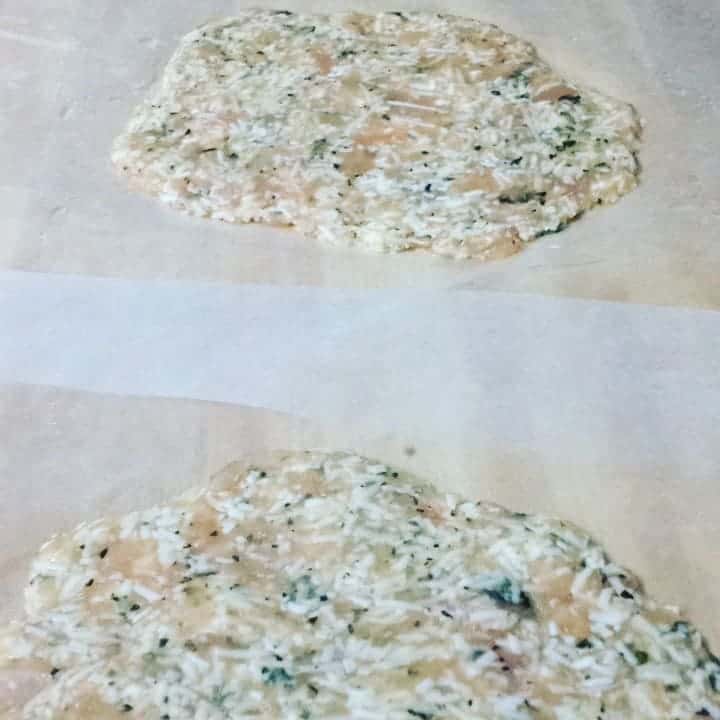 Before the crust is cooked.

I must confess. I did not think of this zero carb pizza crust all on my own. There is this company out there called Real Good Foods and they created a keto pizza crust from chicken and parmesan cheese.

Since creating this pizza they have added so many other great frozen options for us keto eater. Go check them out! Also, if you like saving money use code: KetoKeuhnNutrition for 15% off.

Alright, back to making the crust at home! 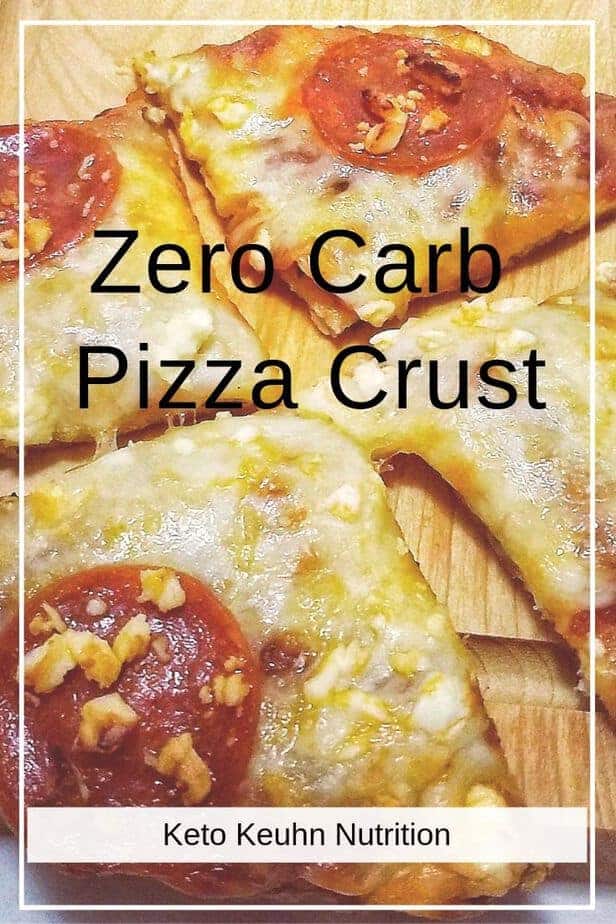 Wondering how to keep the carbs low with this pizza crust? Say no more!

This zero carb pizza crust is great for meal prep since you are able to freeze it. This recipe gives you enough for 4 low carb pizza crusts but you can easily double or triple the ingredients.

All you have to do it place a piece of parchment paper in between each crust, so it’s easily removable when frozen. Then, you would place this stack in a freezer safe bag. 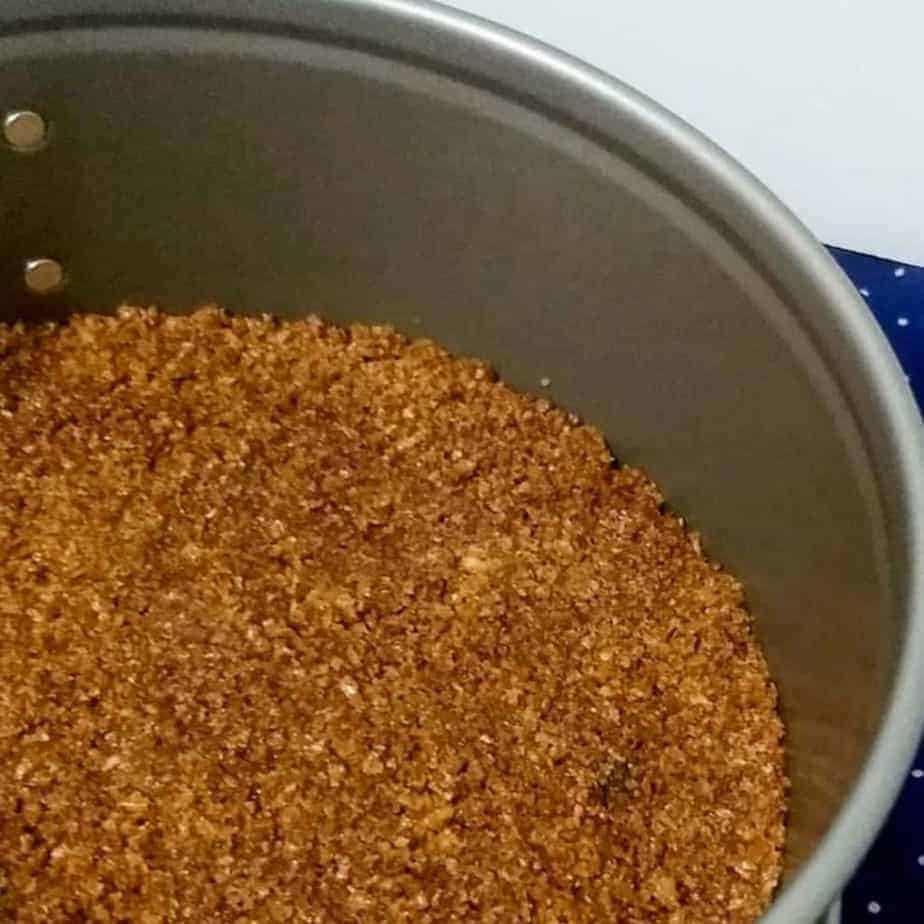 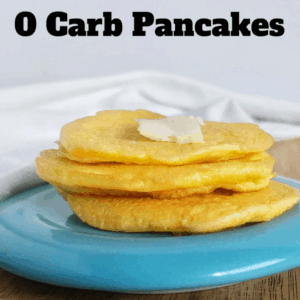 Don’t want chicken? No problem! I have a Sausage Pizza Crust recipe as well. 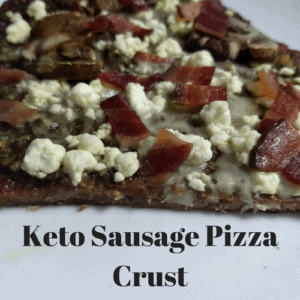 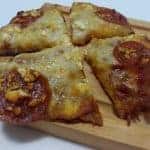