I, Abby, will be having a free day on Deeper State Keto. Macros will not be a concern on this day.

I am typing this the night before I change what I’ve been doing since April 23rd of this year. On April 23rd I started Deeper State Keto and went through all the cutting phases of tapering my calories down. I’m currently increasing my calories and tracking my macros and have been since August 6th. My carbohydrates are still at a max of ten grams.

Why am I doing This?

I’m doing this because I want to. Some people have had a day like this the next day after the cutting phase is done but I did not. My mentor advised against it since it is so hard to pull yourself out of it and to get back on track. I completely understood that and I took his advice. So, I stayed with the course and slowly increased my calories again. You can read past Offboarding blog posts I have with how I managed at the start. It’s been 12 weeks since I started to increase my calories and I kept thinking about doing this.

I kept thinking about having a free day because I wanted to think less and just be. There were foods that I wanted that I took off the table because they are hard to track. I have been wanting a day where I did not have to worry about getting my macros just right. I just want to listen to my body and eat what I am craving and allow myself to eat said keto food and not worry about it fitting into my macros.

This is happening because I want to see if I can have control on this day of eating. Will I spiral out of control or will I keep it together? Also, will I be able to hold it together the next day when I get back on track with offboarding? Even though I am wondering how I will be during this all, it still somewhat worries me.

I also want to see what my fat and protein percents will be. I have days when I just want to keep having fatty drinks.

You better believe that I am not doing this on my own. I reached out to a new found friend. 🙂 He’s been through a cut that was much longer than mine was. He did have a “free” day after his cutting phase and it was a challenge for him. So, I know that I’m in good hands. I knew that needed someone during this day and the day after.

Also, go check him out on Instagram. He’s a great person to know. The Keto Road.

The Day of – Free Day on Deeper State Keto

After I had breakfast and did some work, I went to the gym.

Foods I had before my dinner: Dukes Sausage, Fbomb packet, 5 oz of creamy black Super Coffee, 63 grams of Keto Brick, and some of my older DSK Ice Cream. 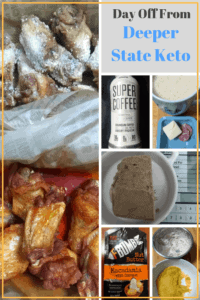 I loved it in the morning, I could just drink my coffee and add as much fat as I wanted to and not worry about my total fat grams for the day.

Going to the gym felt great. In fact, I wasn’t going to go, but since I was potentially having more calories on this day, it was a smart idea to go. I even had a killer great gym day at that. Increase in weights and I even did some running and did not feel winded. I do not know the last time I ran or even did sprints.

After working out, I went shopping for some new pants. I had brought the Fbomb packet, Dukes Sausage, and the Super Coffee. These things were brought so if I wanted something after the gym, I had it. Other days if I would go out, I’d keep food at home and just ate when I got home. I do this so I would save my calories and not run the risk of going over.

When I got home, I felt fine and thought I’d take out some old Deeper State Keto Ice Cream that I made back in June. It definitely had some freezer burn on it. I still had some. Then it hit me. The sweetness level on that recipe is way more than I’d like now. Yet, I kept having some more but nothing crazy. I understand it but it’s crazy how sweets can tricker you wanting more sweets.

I choose wings because I have been wanting them for so long. Yet, the crazy thing was that I was not really craving anything on this day. However, this was my first time having Wing Stop and I feel with love them.

I thought about ordering just 10 wings but I said the heck with it and got 15 because I’m a savage with no limits. HA. After eating 8, I was satisfied and happy. Yet, as you read above I had the 15. If I was not going to go back to my normal set macros the next day, I would have been fine having leftovers. Since I was not going to be able to eat these wings the next day, I wanted to finish them. I knew that my husband could and would eat them instead of me, but I did not want them in the house the next day. haha So, I ate some more and got really full and just had to stop. Then about 30 minutes passed and I finished them.

Having eaten all the wings, reminded me of what it was like to overeat. In the past, I’d keep eating because the food was good and I did not want it to end. Yet, now with tracking macros, you do not overeat, as you could go over. This is totally fine but with me tracking closely right now with Deeper State Keto, it does not happen. Feeling full this nice was kind of bittersweet. It felt kind of weird.

So, I said that I was stuffed after the wings, yet I made more food. I made more food because I really wanted to test out another version of the cake and today was a day of not tracking, so that made things easier. Also, at this point, I was no longer super full. Therefore, I was able to make the cake and enjoy it.

This was the day I was worried about. Would I be able to control myself? Would I be hungry and not be able to eat more food? Also, would my weight go up? I ended up having two days off in a row from work, so the next day I was at home and it worked out nicely.

I felt fine. The day went like any other day I had off from work. Had some fatty coffee in the morning. Get stuff done around the house. Catch up with friends. Then realize that I had a bunch of food that I had to make and eat. When I’m at home it’s easy for me to either just keep drinking fatty drinks and or not eat much.

My weight was the same to the T. 120.8 pounds. I had roughly the same amount of sleep and weighed myself at the same time. Even if I had gained weight, I was not going to be worried about since I knew it would just go back down to normal when I got back on track with my macros.

I am glad that I was able to have this day of free eating. I am even more grateful that I waited nearly 3 months after I started off boarding to do this. If I had this kind of day right after the cutting phase, I would have had no, zero, control in eating.

I am also now curious as to see how I can do another “free” intuitive day of eating, only after I had the foods I removed since starting DSK.

« My Day of Eating: Day One
Keto Chocolate Mug Cake » 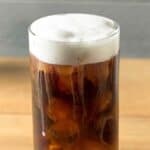 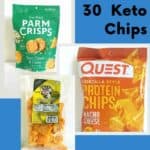 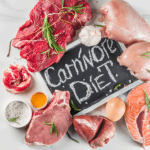